This site has gone through many incarnations. The first version, which I think I deployed in 2008, was written with .NET, though I quickly changed to PHP. The PHP site lived on for a while until I started working at Mediaphormedia, the company that created the Django framework, and I knew I had to rewrite with Django. Then a couple years ago I rewrote the site from scratch using Flask and my own ORM peewee. The version you see now uses the following technologies: 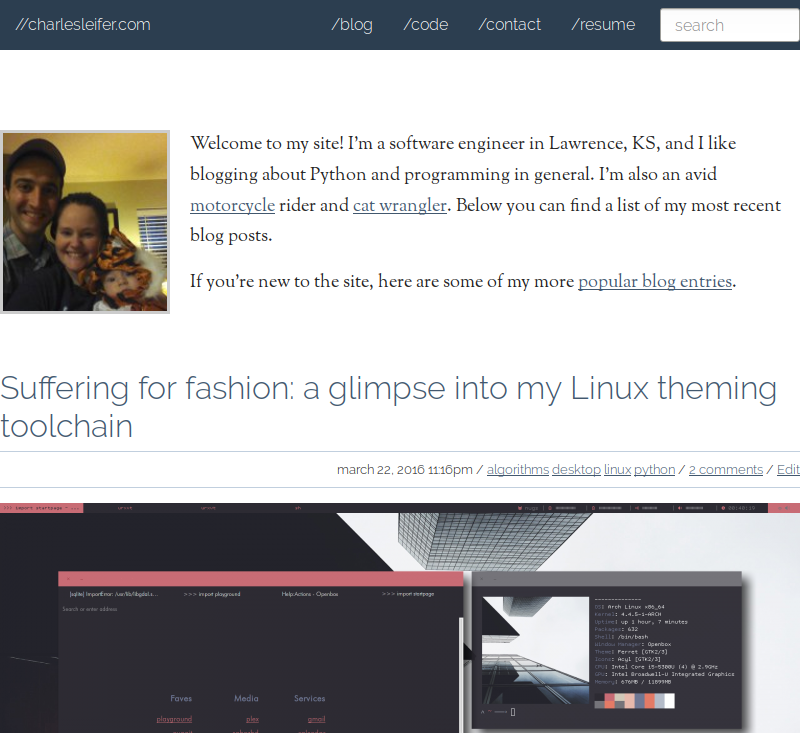 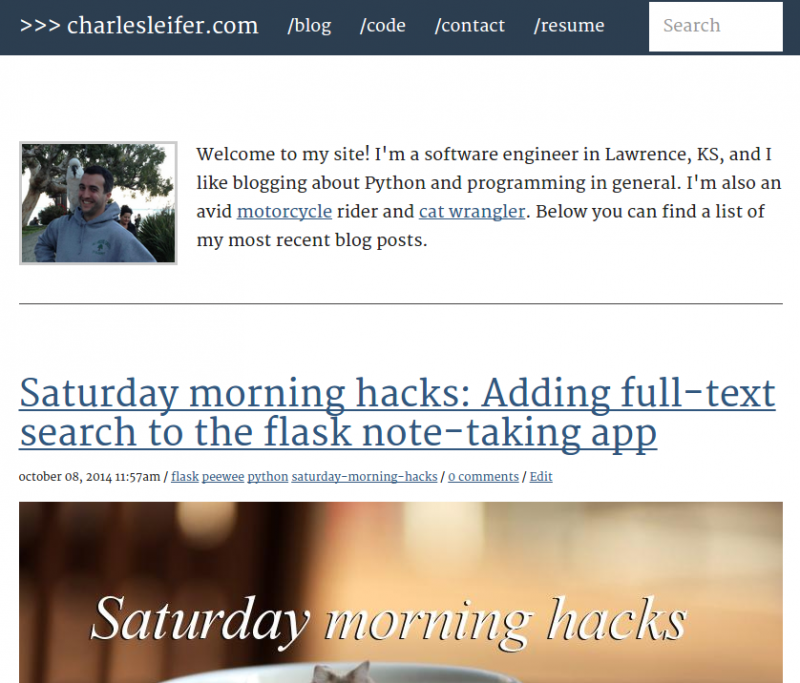 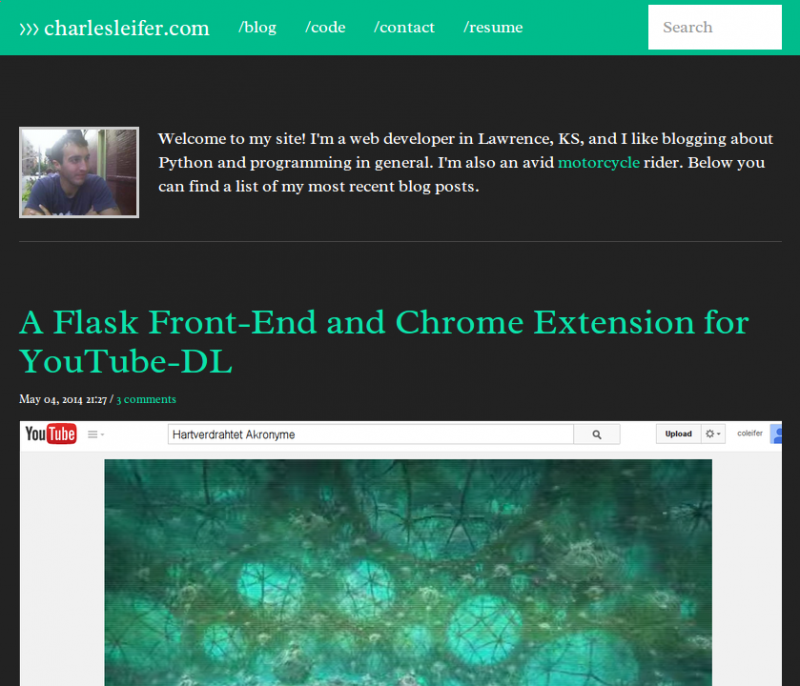 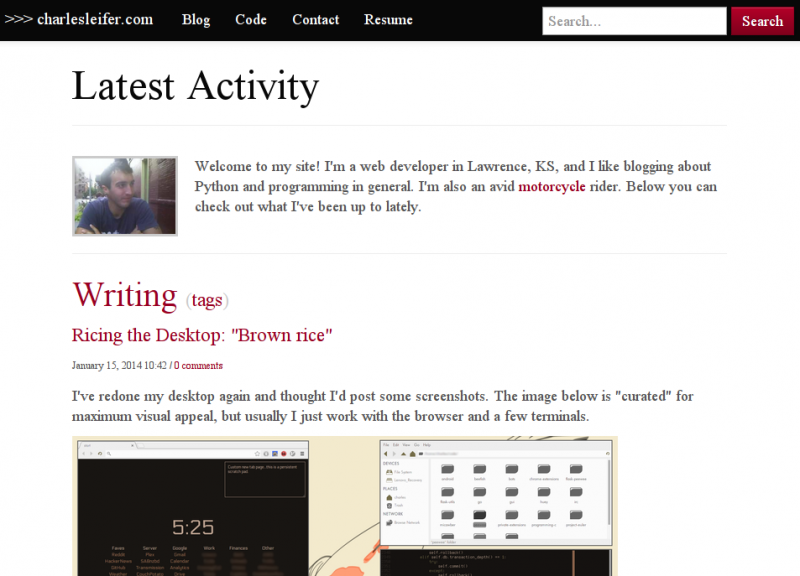 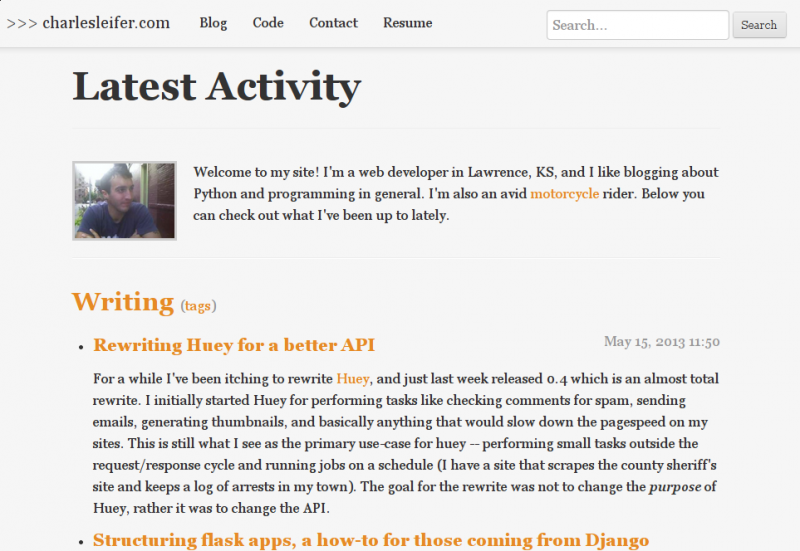 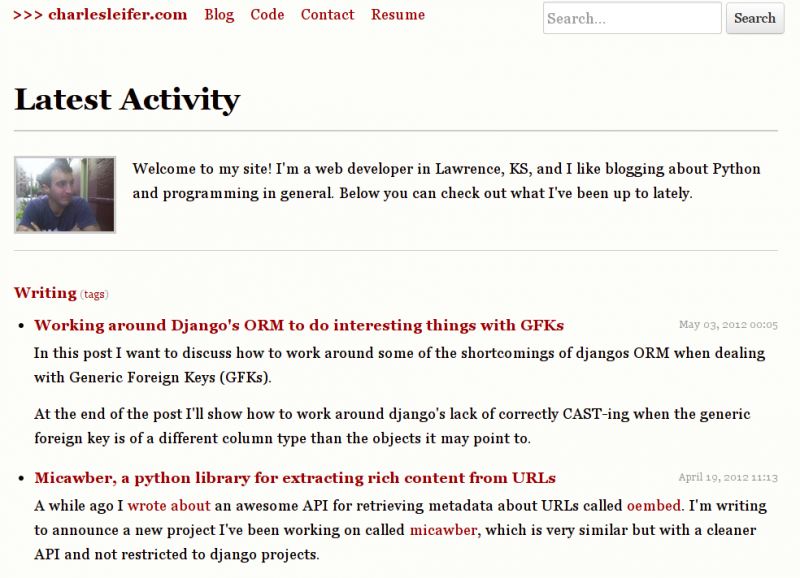 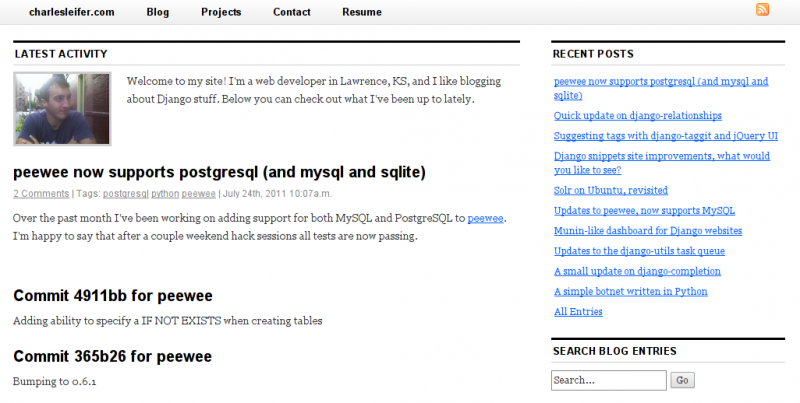 2010 blue copied from a WordPress theme 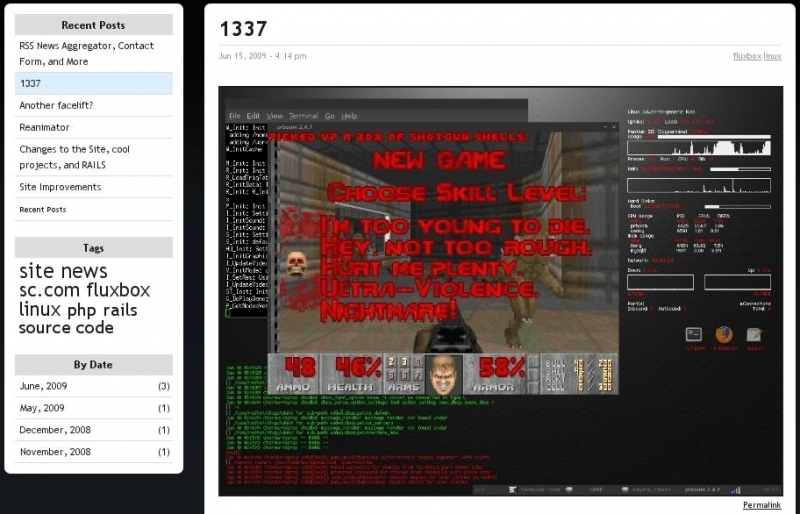 Unfortunately I could not find any screenshots of my site, and archive.org doesn't seem to have them either. Oh well, suffice to say it was very ugly.